The Sibillini Farm is found immersed in the omonymous mountain chain which rises in the heart of Italy and reaching , with the Vettore mountain, the altitude of 2.476 m.. It’s here in the reign of the mythical Sibilla, that in 1993 is born the National Park of the Sibillini Mountains (more than 70.000 ha). It has the purpose to save the environment, promote a substainable, social-economical development and encourage the use for people of every class, so as to create a “Park for everyone”. Wolf,royal eagle, pilgrim hawk and many endemics species are the most evident signs of a diversity and of a biological richness that, together with the fascination of the abbies and medieval historic centers disseminated like circle at the feet of the mountainous group, have contributed in determining a suggestive and old world where time seems, still today, to stand still and give respects to a reality of such extraordinary beauty.

Wonderful horseride on one of the most beautiful ridges of the Appennines. Magic and mysterous place, with its particular red-fire colored peak, the mount Sibilla has attracted visitors ever since medieval times, when it was believed that in that place so inaccessibile an ancient priestess half enchantress and half fairy, prophesied the future and would capture, thanks to her seductive talents,unprepared knights.

The legend of the Sibilla
The legend begins before the era of Christ around a cave situated on a naked and smooth peak today called Mount Sibilla. Inside the cave a narrow passage leads to two metal doors which slam threatheningly. They are the doors of the Kingdom of the Sibilla, woman of prophetic power, fairy and enchantress for some, evil creature for others. Explorers and curious ones have tried to cross that entrance, taking back, when returning, enigmatic evidence. Then, suddenly , the door was obstructed. Today the access to those mysterous abysses is closed forever, it’s possible to live an unrepeatable experience, tied to the mysterous enchantress, right in Montemonaco: here, at Villa Curi, is found the museum of the Sibilla cave, a museum born to gather and comunicate the extraordinary richness and fascination of a past in which art, history and literature have married legends, myths and magic.

The museum
Museum of the cave of the Sibilla, by Villa Curi. The museum presents itself subdivided in distinct sections, which collect cultural, historic, anthropological and artistic evidence linked with the myth and cult of the Sibilla, priestess and enchantress, which,as the legend tells, lived in a cave situated on top of the omonymous mountain. From the moment that, after a series of clumsy attempts to explore the cave conduced in the 60’s, the access to the cavern is impossibile, the heritage of parchments and ancient books preserved in the museum represents an unrepeatable possibility to get close to the knowledge of this interesting cultural reality. The museum offers,also, notable evidence about magic and satanous rituals which went on for centuries, during medieval times, around the shores of Lake Pilato, as testifies the presence of the “big rock” on which are impressed mysterous esoteric signs.

Small lake situated at an altitude of m.1940 at the center of the glacial circle of mount Vettore, with a shape resembling eyeglasses, is born according to some legends, at the moment in which the deicide Pontius Pilate “washed his hands”; according to another version, he requested that, after his death, his body be put on a cart trained by two couples of buffalos and that he be allowed to venture there where the animals would have taken him, so was done, they arrived at the shores of this lake and throwed themselves inside together with the cart and the body of Pilate, speeding as if followed and running as fast as possible(De La Salle 2001).According to one more version, it hadn’t been deicide Pilate to ask that his body be put on a wagon, but it was itself a punishment and the animals in this version were taurus (Menghini 2005). In the past it was called the lake “of the Sibilla”, because Mount Sibilla was in front (De L a Salle 2001). The lake, therefore has the fame of forsaken place because of the body there preserved, for this reason, until more or less recent times it has been visited by magicians and sorcerers that only in that enchanted and out of time place could propitiate their rituals. Reasons of attraction: wonderful view along the south ridge of M. Vettore, evident signs of glacial erosion in the valley of the lake, presence in the waters of the lake of the “chirocefalo marchesini”.

Towards the sanctuary of the Madonna of the Ambro

The route unwinds along a valley very rich of waters, marked by fresh streams and waterfalls, covered by a secular beech-wood and all under the sight of the powerful mount of the Priora. It’s the most ancient marian Sanctuary of the region Marche. It was born around the year 1000 as a form of devotion to the Virgin Mary, which did a miracle on a young deaf shepherdess donating her the sense of hearing and speech. Situated at 800 mt above sea level, it rises at the inside of a gorge close to the stream Ambro. The sanctuary is held by the Cappuccini friars by more than one hundred years and claims also a valid choir that exhibits during the Holy Sunday mass and on particolar occasions.

Itinerary characterized by suggestive views inside the very narrow gorges marked by the stream with peaky rocks and luxogerious vegetation; aerius pasture environment, disseminated by springs, up high exceptional views on mount Priora,, Bicco, Sibilla, South Bove. With a short detour you can reach, crossing a Majestic beech-wood, the hermitage of Saint Leonard dating back to the 1X-X century. The “Infernaccio” is a complex of gorges that can be crossed on foot and is a spectacular sight of rocks and waters falling free unique in his kind. Once crossed the gorge you arrive, by a comfortable and sweet climbing path, to the hermitage of Saint Leonard, where, since many years lives a friar who has in mind a mission: the reconstruction of the ancient Church of S. Leonard cross road of merchants and pilgrims. 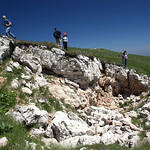 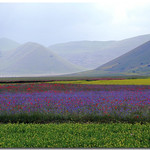 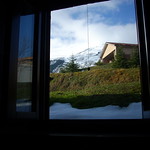 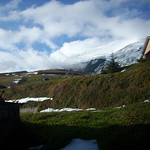 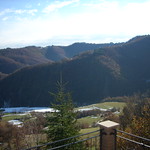 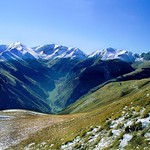 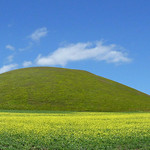 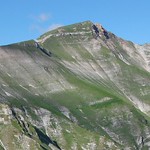 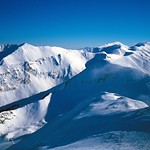 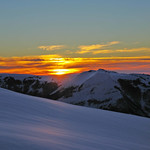